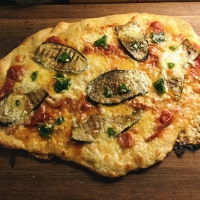 SVENNEMEG2
August 2020 in Book & Accessories
Hello enthusiasts!
I am happy to read in EmRatThich´s blade reference guide...
https://pingsunday.com/top-10-table-tennis-blades-excellent-quality/#6_Darker_Speed_90
...that the blade is the most important equipment and you should always choose the blade that fits your style of play.

Now (playing for a year) after holding up for 25 years, I am really getting into it again and want to move up. So far, the Nittaku Acoustic has been a great blade and eventhough it is -Off rated you can hit very hard with it, so it has been turning out well listening to @EmRatThich advice (I miss his YouTube-videos though

KISO HINOKI
Everybody seems to praise the true Kiso Hinoki-blades highly. They classic ones are around one centimeter thick, hard, but with a soft feel with lots of control that still when u hit can create tremendous power.

1. These blades don´t come cheap (€300-1000) and easily break but the love oozing from reviewers trying them makes them interesting. Ryu Seung-min used a thick Kiso Hinoki-blade from Butterfly attacking almost everything. I wonder how it feels to play with such a thick blade and if it would be harder to serve and maybe feel strange. Who wouldn´t like to smack in the ball like Ryu?!  It just looks like fun.
What do you think?